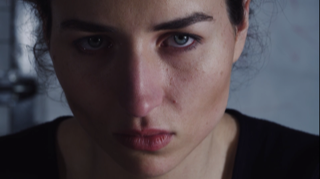 Emily graduated from Northumbria University in 2008 with a BA Hons degree in Media Production and went on to complete her classical acting training at Drama Studio London in 2011. She has acted for both stage and screen, including guest roles in BBC’s ‘Doctor’s’ and has made semi-regular appearances in continuing dramas such as ‘Emmerdale’ and ‘Coronation Street’, as well as roles in a number of short films and theatre productions both in London and her native Newcastle. She has been writing professionally for TV and Film since early 2016 and has an eclectic taste when it comes to her favourite writing styles. Emily is inspired most by comedy writers such as Victoria Wood and Peter Kay, but equally by the likes of writer/directors Guillermo del Toro and Edgar Wright. She enjoys creating funny and flawed female characters, dark comedy dramas and stories with a fantasy or hyper-realistic twist to them.